Learning from the House of Pain

Jane Embury reveals how a minor but fatal blaze in a townhouse in the Fort Lincoln neighbourhood of northeastern Washington, D.C., two decades ago, changed our understanding of fire dynamics.

This year marks the 20th anniversary of a residential fire in the USA that fundamentally changed our understanding of fire dynamics.

It was a minor blaze that initially seemed insignificant, but swiftly cost two firemen their lives.  It was therefore a fire where something inexplicable seemed to have happened.

The fire was attended by fire fighters from the House of Pain, one of the busiest fire stations in the United States, serving a large residential area of northeast Washington DC.  It gained its nickname in 1991 when fire crews were called out 9,947 times.

Early on May 30th 1999, the District of Columbia Fire and Emergency Medical Services Communications Center received a 911 telephone call reporting a fire at Cherry Road.

The residents of the property had been woken by their smoke alarm, gone downstairs to the first floor to be met by smoke and heat.  Wisely, they left the house through the front door, leaving the front door open.

Among the first fire fighters to arrive on the scene were Anthony Phillips and Louis Matthews, a 29-year-old father who had celebrated his son’s second birthday only the week before.

Within two minutes, the front window on the first floor was taken out by fire fighters to provide additional ventilation.  Fire fighters then also opened windows on the second storey at the front of the house.

Another fire team positioned by sliding glass doors at the basement level reported that the basement was full of smoke but that there seemed to be very little fire.  Despite confusion over the exact location of the fire fighters upstairs, a decision was taken to break out the basement’s sliding glass.

Fire fighters reported that there were a number of small fires on the floor of the basement.  However, these rapidly increased in size after the sliding glass door was opened, and the fire crew was ordered out of the basement as the fire quickly intensified.  Seconds later, from upstairs, came the first report of a fire fighter down.

District of Columbia Fire Fighter Anthony Phillips was pronounced dead on arrival at hospital, becoming the 96th fire fighter to die in the line of duty.  F/F Louis Mathews, the 97th, died the following day as a result of his injuries, the first double line-of-duty deaths in almost 90 years for the city’s fire service.

A full investigation into the fire dynamics of the incident was carried out by the Building and Fire Research Laboratory (BFRL) at the National Institute of Standards and Technology (NIST), whose mission is to conduct basic and applied fire research.

The investigation made use of the NIST Fire Dynamics Simulator (FDS), a computer modelling program, to determine how the opening of windows and doors had affected the dynamics of the fire.

Next, investigators identified the fuel load that was involved in the fire.  NIST’s simulator was then plugged into a database of the heat release rates of different types of furniture and furnishings, expressed as British Thermal Units (BTUs) or Kilowatts (kW) per second.

The model divides the space involved in a fire into thousands of “cells.”  In the Cherry Road simulations, the cells measured just eight inches by four inches high.  Once the physical data was entered into the computer, it was able to model the conditions for each cell, and then combine all of them together to provide an overall simulation of the fire.

Investigators determined that the fire started near an electrical fixture in the ceiling of the basement, and that the actual fire may have taken several hours to develop to a flaming stage.  As the fire spread from the ignition source, first along the ceiling and then to other items in the basement, it first developed quickly but then depleted the supply of oxygen necessary for combustion.

This lack of oxygen had the effect of rapidly decreasing the heat release rate or energy being produced by the fire.  It was at this point, when the fire’s heat release rate was being constrained, that fire fighters made their entry on the first floor of the building.  However, and against some expectations, opening windows on the front of the townhouse on the first and second floors seemed to have had no noticeable impact on the fire’s development.

It was the breaking open of the basement door that created the firestorm.  The FDS calculations were that the opening of the basement sliding glass door provided outside air into a pre-heated but under ventilated fire compartment, which then developed into a post-flashover fire within 60 seconds.

Some of the resulting fire gases flowed up the basement stairwell with a high velocity and collected in a pre-heated, oxygen depleted first floor living room with limited ventilation.  More precisely, the model showed that the superheated gases moved up the stairs at approximately 18 miles per hour.

As the townhouse was only 33 feet high, it meant that the extremely hot gases moved through the townhouse in less than two seconds.

What makes the Cherry Road fire so important is that it was a catastrophic fire that took place in a relatively small area so that its fire dynamics were capable of analysis, using techniques at the forefront of forensic science.  Two facts were immediately clear.

First, it underlined how a relatively insignificant fire can become an inferno in a matter of seconds and that, when it does, flashover can engulf a whole building in a few moments. Second, the inferno was caused by breaking open the compartment within which the fire was contained.  Many of the lessons of the Cherry Road fire are now part of US fire training programmes.

Compartmentation is at the heart of what Wrightstyle advanced systems are there to do: provide effective barriers against the passage of fire, heat and toxic gases and, by preventing oxygen from reaching the seat of the fire, inhibiting its progress.

In many instances, untested combinations of glass and frame are still being specified separately – despite the fact that, in a fire situation, the glass will only be as good as its framing system, and vice versa.  Insisting on tested, and therefore proven, compatibility, and specifying it as a requirement of the tendering process, should be a matter of course.

As the Cherry Road fire showed, failure to contain fire can have very human consequences, even in a residential home.  In larger multi-storey buildings, as we so tragically saw at Grenfell Tower, the stakes are very much higher. 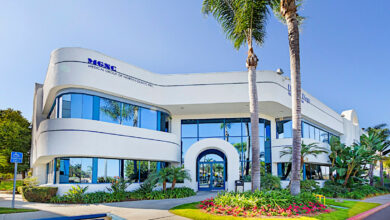 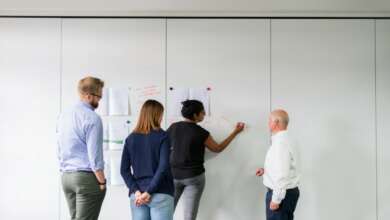