BHP Billiton, DHL, GKN, John Sisk & Son and R. Twining have had their subscriptions to the UK government’s Prompt Payment Code (PPC) revoked for failing to pay their suppliers on time.

Action, including suspensions from the PPC, has been taken against 17 companies by the Chartered Institute of Credit Management (CICM) which administers the PPC on behalf of the Government

The thousands of companies which sign up to the Code pledge to uphold best practice for payment standards in order to help end a  culture of late payment, particularly for small businesses. One of their commitments includes paying 95 per cent of all supplier invoices within 60 days.

Based on the new Payment Practices Reporting data that large businesses must publicly report, CICM is reviewing whether businesses are meeting the standards of the Code and paying their suppliers promptly. The first phase of these reviews has identified 17 businesses to be removed or suspended, with more removals and suspensions expected in the second phase of review currently underway.

The five businesses which have been removed failed to comply with the Code and also failed to provide a plan for how they will meet its terms.

A further company – The Go-Ahead Group Plc, a passenger transport provider, has been re-instated to the Code after filing data to show that it has been paying 95% of all invoices within 60 days for the last reported period. Go-Ahead Group has also provided the Prompt Payment Code Compliance Board with assurance that it will continue to honour both the spirit and the mandatory requirements of the Code going forward.

Twelve businesses have been suspended from the PPC, for not paying their suppliers in line with the Code, but they have committed to make changes to meet the standards of the Code and pay suppliers promptly. They are:

Companies are already taking action to improve, which is welcomed and supported by CICM. Interserve Construction, for example, has improved its performance based on an action plan agreed with the CICM, which has seen the business reduce the number of payments over 60 days by 10% over the second half of last year; the company is continuing to improve towards compliance over the next six months.

The Prompt Payment Code Compliance Board, chaired by CICM’s Chief Executive Philip King and including the Small Business Commissioner Paul Uppal, regularly reviews the data reported by large companies under the Payment Practices Reporting Regulations to ensure they are upholding their commitments.

Businesses suspended from the Code are invited to produce an action plan setting out how they will achieve compliance with the Code within an agreed period. When they have achieved compliance their status as a Code signatory will be reinstated. If they do not, then they will be removed.

Commenting on the development, King said:

“The Board is disappointed with the actions of a minority who continue to treat their suppliers unfairly, and has no satisfaction in having to name them publicly.

“Conversely, we are encouraged by the actions taken by The Go-Ahead Group which has now positively engaged with the Board and given us the reassurances we need to allow them to remain a Signatory to the Code. We will continue to monitor their position to ensure future reported data shows the expected improvements and compliance.

“As part of our work driving culture change to end late payments, we will continue to challenge signatories to the Code if the obligatory Payment Practice Reporting data suggests that their practices are not compliant with the Code.”

“As a Prompt Payment Code Compliance Board member, I will continue to support Philip King and the board in removing or suspending non-compliant signatories from the code. It is essential the code has credibility and demonstrates a commitment to ensure small businesses are treated fairly.

“My team has already recovered more than £3.5 million in late payments and is ready and available to support small businesses experiencing poor payment practices.”

News of the suspensions builds on a government announcement in November, where failure of companies to demonstrate prompt payment to their suppliers could result in them being prevented from winning government contracts.

From September 1st, 2019, any supplier who bids for a government contract above £5 million per annum will be required to answer questions about their payment practices and performance. The expected standard is to pay 95% of invoices in 60 days across all their business.

Any supplier who is unable to demonstrate that they have systems in place that are effective and ensure a fair and responsible approach to payment of their supply chain may be excluded from bidding.

“The Prompt Payment Code is a positive force for good and by naming transgressors we are supporting small businesses in the supply chain.

“We remain committed to supporting small businesses against poor payment practice and are delighted to see that the Prompt Payment Code Compliance Board has acted to expose those whose payment practices fall outside of their obligations to treat suppliers fairly.”

In October the Business Secretary Greg Clark announced that further reforms to the Prompt Payment Code were being considered, including whether the Small Business Commissioner should have a greater role in its administration as part of his wider role in tackling late payment.

The Chartered Institute of Credit Management (CICM) is the largest recognised professional body in the world for the credit management community. Formed in 1939, the Institute was granted its Royal Charter in 2014. Representing all areas of the credit and collections lifecycle, it is the trusted leader and expert in its field providing its members with support, resources, advice, and career development as well as a networking and interactive community. In addition to its comprehensive suite of qualifications and learning opportunities, events and magazine ‘Credit Management’, the CICM administers the Prompt Payment Code for BEIS. Independently, and through collaboration with business organisations, it provides vital advice to businesses of all sizes on how best to manage cashflow and credit. 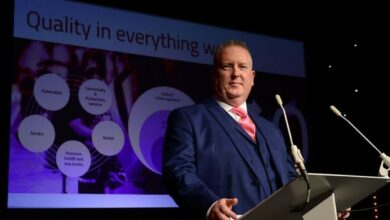 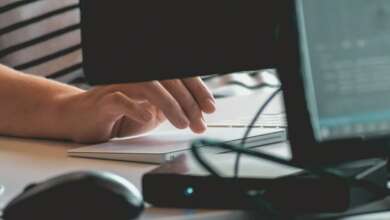 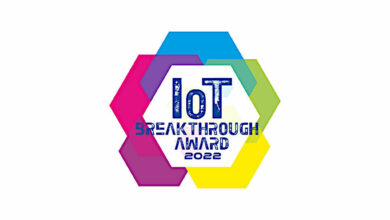