George Adams, Director of Energy & Engineering at SPIE UK and former CIBSE President, says air pollution which came under the spotlight on World Environment Day 2019, requires a rethink of the health, social and economic impact of urbanisation.

Today marks World Environment Day, the United Nations day for encouraging worldwide awareness and action to protect our environment. The theme for this year is ‘air pollution’.

With research in 2016 by the World Bank showing ambient air pollution alone costs the global economy an estimated US $5.7 trillion or 4.4 per cent of global GDP, it’s clear this is a major economic issue. Our urban areas are the core culprit as, according to the UN, cities consume 66 per cent of the world’s energy and produce 75 per cent of greenhouse gas emissions.

As major urban centres grow at an annualised rate of almost 2 per cent, how can we change their management to combat air pollution now?

As a mature economy, the United Kingdom exposes many of the challenges facing fast-industrialising nations in other regions of the world.

The health and social care costs of air pollution in England alone could reach £5.3 billion by 2035 unless action is taken, contributing to health complications and time spent off work with illness. Therefore, a key driver behind sustainable smart cities is improving air quality, wellbeing and energy reductions, providing businesses with a healthier and more productive workplace.

Our cities must become much greener spaces. This will massively assist with reducing emissions in the atmosphere and combat the ‘heat island’ effect experienced in cities during warmer weather by introducing more plants and trees, which absorb odours and pollutant gases and filter particulates out of the air by trapping them on their leaves and bark. The creation of greener spaces also has an effect on happiness, which numerous studies have shown is a major factor in workforce productivity.

The electrification of transport networks is another way in which the air quality of our urban areas can be improved and with it the health and wellbeing of citizens. Whilst the introduction of electric charging for vehicles is an initial but positive first step, the benefits can be amplified by making buildings much more efficient. By employing such solutions, we can improve urban quality of life and create a more productive economy, ensuring that energy is used as sustainably and efficiently as possible and reducing the strain on the grid.

However, air pollution comes from many sources other than transport. In the UK government’s Clean Air Strategy which was launched in January this year, the legislation targets agriculture as a key sector which needs to reduce its emissions. But really it is up to all industries and services to make a change. If we want to see a transformation in the UK, the government needs to come up with actionable policies and legislation much faster to achieve their air pollution reduction targets. Time and time again, strategies such as the above are disjointed from the response industry is capable of. They must show step-by-step how businesses can achieve them. 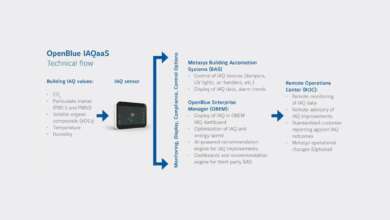