The Lessons of Failing in Business

Phil Hammett, MPA Group marketing director, considers the stumbling blocks which have been overcome by renowned entrepreneurs, inventors and brands on their way to business success.

According to UK government figures, the rate of businesses closures in the United Kingdom has increased by 15 per cent since 2012.1

Although unfortunate, failure is frequently inevitable in business – and has affected even the best known businesses and entrepreneurs.

Cambridge graduates Adam Balon, Jon Wright and Richard Reed set up a smoothie stall at a 1998 music festival and asked customers to dispose of the empty bottles in either a bin which said ‘yes’ or a bin which said ‘no’. The ‘yes’ bin overflowed, a confirmation that ‘yes’ they would give up their jobs to start a smoothie company – Innocent Drinks. Despite this fairy tale beginning, their route to success was far from smooth.

“When we started out we had one company which made our plastic bottles, and one company which bottled the crushed fruit. They were totally unconnected businesses, but at separate stages both rang us and said they would no longer be able to manufacture our bottles or pack our smoothies. They only gave us 24 hours’ notice. Overnight we would cease to have a business.

“We manoeuvred our way through it, but it definitely taught us: focus on your Plan A, but know what to do if there’s an emergency. If you sit around waiting until you are 100% certain or 100% confident, I don’t think it’s ever going to happen.”2

Innocent has overcome logistical crises, challenges to its famous ethics, and competition from global corporations to grow into one of the most respected and successful companies in its industry.

Richard Branson is arguably one of the most well-known British businessmen most famous for founding the Virgin Group, which controls more than 400 companies. However, the road to his success was not without setbacks. In an attempt to break into the beverage industry in 1994 with the launch of Virgin Cola, a product designed to compete with the biggest market players Coke and Pepsi, Branson hit an unexpected roadblock. His new product unlike many others was not unique enough to stand out in an oversaturated market, and the company folded after a few years.

Branson’s failure forced him to re-evaluate his business plans and change the direction of his brand – a move which has led to his tremendous success today.

Peter Jones has achieved widespread fame as the longest-serving ‘Dragon’ on the BBC show ‘Dragon’s Den’, but his seat at the table was certainly hard-earned. During his twenties, Jones founded a computer company which, despite being successful initially, soon collapsed, leaving the entrepreneur with nothing.

After having to give up his home and possessions, Jones took a job at Siemens to get back on his feet. It was here where the future Dragon’s entrepreneurial prowess began to emerge, as within a year he was running the company’s UK business.

Using his new experience and ever-growing list of contacts, Jones invested £1,000 to set up Phones International Group, a wireless communications company. It soon turned into one of the quickest growing businesses in Europe and with Jones at the helm its turnover in the first year was a staggering £13.9 million. By the end of the second year, this had more than trebled to £44 million.3, 4

Rather than forgetting his failures, Jones used the skills and knowledge he had picked up in his early entrepreneurial career to eventually reach business superstardom.

After spotting a gap in the market, Paul Ellwood, Phil Atkin and Richard Maskell created the revolutionary medical device Vü and transformed scientific digital imaging. But their route to success was far from straightforward and the inventors, working for Pop-Bio Imaging in Cambridge, had to resolve a variety of issues during the process.

With significant time and money invested in the project, there was a lot of risk involved with the development of Vü. Early technical difficulties added extra pressure, but the engineers persevered, to eventually finalise a gel and blot imaging system that is cheaper, faster and simpler than the previous technology.

Paul Ellwood, Managing Director at Pop-Bio Imaging, said: “We knew how successful Vü could be. We had identified real opportunity and demand for the product, and we worked relentlessly for four years to get it to market. We worked under a huge amount of pressure with multiple setbacks along the way.”

Pop-Bio Imaging overcame its technical problems and intense financial pressure, largely thanks to funding from the R&D Tax Credit scheme, to produce a product which helped drive science forward.

Inspiration doesn’t have to come just from large, well-funded corporations, there is a lot we can learn from smaller UK businesses too. Kerry Beeby started toolmaking service Pro Moulds in 1994 with her husband Mark and has had to overcome several setbacks to get to where they are today.

Discussing how failure can present a barrier to people leaping into entrepreneurship, Kerry said:

“The thought of failure has an omnipresent position in every business owners mind, which is why many companies fail before they really get off the ground. It’s unfortunate because there are so many brilliant entrepreneurs that have the potential to do well. But knowing that there’s also the potential for failure means that they tend to back out of risks that are sometimes necessary.

“The fact that you’re willing to take a risk and potentially fail means that you’re more likely to be driven as the leader of a business. This indicates a willingness to progress and grow, not only as a company but also as the owner too. Having that negative fear of failing will push you to stay as you are, take no risks and stay in the same lane. However, an element of the fear of failure can be a good thing. This fear can be what pushes you to become a great director or manager and promote growth within your company, which is obviously an important thing.” 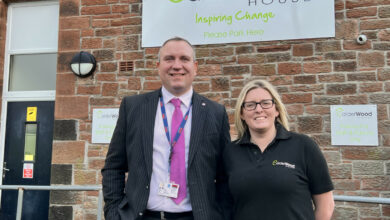 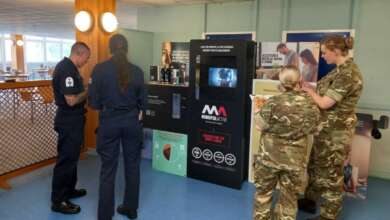 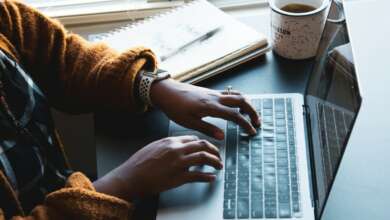 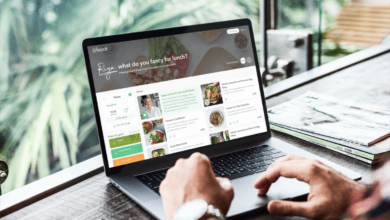