Why Peat-free Compost is an Environmental Imperative

Every year the United Kingdom destroys 280,000 tonnes of domestic peatlands or 805,000 tonnes (the equivalent of cutting down 80,500 mature trees) when imported peat is accounted for, solely for use in horticulture.

At a time when the Government has committed to a net zero carbon emissions target by 2050, it is paramount we safeguard these peatlands which retain carbon at such a scale.

Demand in the country for ‘growing media’, the description given to products such as compost, soil conditioners and potting media commonly used for gardening, is 1.7 million tonnes, and a third of that is currently satisfied by peat.

Yet, four million tonnes of of peat-free compost are produced annually in the UK, which confirms that any transition would be pain-free, realistic and environmentaly responsible.

The damaging practice of excavating peatlands has continued to grow despite national targets to phase it out. In 2011 the Government called for retailers to reduce peat use by 2020, but industry has shown lack of commitment to embrace these ambitions. Compost no longer needs to include peat as there is already a rich supply of natural green waste on our doorsteps which can match its planting properties pound for pound.

Peatlands are currently being destroyed at breakneck speed in the UK. At this rate a vital ecosystem along with its wildlife and broader environmental value will be lost. Peatlands are carbon sinks, no different to rainforests like the Amazon – and yet peat decimation is happening on British soil.

Veolia collects green waste from millions of households through its nationwide composting sites, processing the organic material into a sustainable, peat-free, nutrient rich product for gardeners and farmers alike. We have the tools, supply and motivation to replace peat with a greener compost – but resolve must be reflected in legislation in order to encourage a quicker transition.

Government must act on two fronts; incentivise peat-free compost for consumers while discouraging peat use through a phased, wholesale ban. If we are serious about our planet’s health and childrens’ futures we need a root and branch removal of such a ruinous practice, especially when there is an alternative readily on hand to replace it.

Leading the crusade for sustainable compost

As the country’s largest peat-free composter, Veolia is leading the crusade for sustainable compost.  We handle over 400,000 tonnes of household green waste every year which is derived from a nationwide network of 10 composting sites and produces up to 150,000 bags of peat-free compost (which is marketed under the “Pro-Grow” brand name). This is likely to increase with the prospect of green waste becoming free to collect and on a more regular basis, as pledged in the government’s Resources and Waste Strategy.

Grass cuttings, leaves and other green waste are collected from homes up and down the country to be shredded, sieved and transferred to vast heaps known as ‘windrows’. After three months, the decomposed green waste is matured and refined into a homogenous material which is then bagged and dispatched. The end product matches peat pound for pound as plant nutrition and is undoubtedly better for the green and pleasant land we all depend on.

UK peatlands are estimated to contain around 3.2 billion tonnes of carbon, which is around 9 years worth of the UK’s total annual CO2 emissions.

As a country we also import millions of tonnes of peat from abroad, making us culpable for peat devastation well beyond the UK’s borders.

All this environmental destruction simply has to stop. 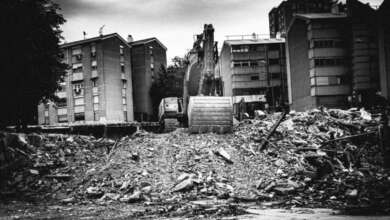