A new report suggests workers in the UK are experiencing unparalleled levels of financial stress with little support from employers during Covid-19.

The Workplace Wellbeing Study published by on demand technology provider Hastee reports two-thirds of workers surveyed indicated they have experienced personal finance-related stress during 2020, with less than a fifth (18 per cent) of workplaces offering employees financial initiatives.

The study also suggests a link between personal financial wellbeing and productivity, with 28 per cent of participants reporting sleep disorders, 15 per cent relationship difficulties with their partners, 14 per cent health concerns, 13 per cent difficulties concentrating at work, and 12 per cent even indicating they have experienced difficulties paying for their daily commute to work.

Seven per cent of participants also indicated they have called in sick due to financial stress.

The study organisers revealed that 59 per cent of workers have opted for high-cost credit in 2020, even though they know they can’t keep up with the repayments. Younger workers are the most likely to have to regularly source high-cost credit. Over half (58 per cent) of 18-24-year-olds have turned to high-cost credit once every three months or more, and 38 per cent require it every month or more. This contrasts with just 12 per cent of the 55-64 demographic who seek high-cost credit monthly.

Further, since the start of the pandemic, 66 per cent of workers report their spending habits have changed. With flexible pay options, many could have avoided looking to third party lenders to make ends meet. 59 per cent of respondents would have liked to have the option to access their wages early if they had the possibility to do so, as it would have stopped them resorting to high-cost credit.

Pay frequency has a strong influence on workers’ employment choices

The research reveals pay frequency is also a differentiator when it comes to attracting and retaining talent – 81 percent of workers take pay frequency into consideration when looking for a new job. Further, flexible payment options improve retention, with 52 per cent more likely to stay with an employer offering these benefits. Younger workers are even more likely to stay with a job based on pay frequency, as the figure rises to 75 per cent of 18-24-year-olds and 65 per cent of 25-34-year-olds. Equally, workers on higher salaries value the option of flexible pay, with 74% of those earning between £75,0001 – £100,000 more likely to stick with an employer due to this – proving that workers at both the start and peak of their careers particularly benefit.

James Herbert, Hastee CEO and founder, comments: “We know that unexpected challenges and outgoings happen. The pandemic has thrown up many.

“Yet conventional approaches to wellbeing and pay do not provide the support and flexibility required to meet them, leaving many workers with no option but to resort to undesirable measures that often only exacerbate the existing problem. This shouldn’t be the case, particularly when many have already earned the money within the month to avoid doing so. Earnings on Demand gives employees greater visibility and ownership of their money, and such tools are often free to the employer, require minimal time and effort to integrate with existing payroll systems and do not impact cash flow.”

The study involved an online survey sample of 2,005 employed people in the UK including furloughed workers and was conducted by Sapio Research in August 2020. 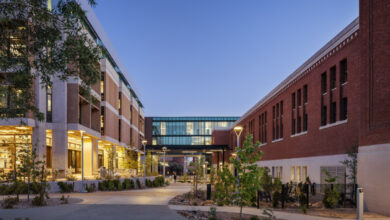