London pest control company Integrum Services is changing the landscape of bird control in the United Kingdom with its BirdAlert bird scaring solution which utilises the IoT to help businesses maintain bird-free environments.

The new product has already been placed across popular sites around the UK and has saved companies thousands of pounds in bird damage.

How does BirdAlert work? Well, it monitors a site 24/7, 365 days a year using an excellent microphone system that is more advanced than any of its counterparts. Continually listening, when a pest bird enters a specific radius (around 250 metres), it activates one of the five available scaring options. The most effective option, according to Integrum, is the speakers – BirdAlert has a built-in library of distress calls which change depending on the bird that has been registered. Some of the other options include a scareman, gas cannon and eagle eye.

Traditional methods for bird scaring have often been criticised, so it is a breath of fresh air to see a new product on the market. Birds usually become accustomed to bird scaring equipment that utilises using a timer. Within a couple of weeks, the birds have learnt when the device is going to activate, and unless the device is often moved, it will no longer be effective. BirdAlert is different in the fact that it only starts when a bird is registered on the advanced microphone system, allowing it to continue to be effective and ensure habituation is avoided for birds in the desired area.

In late 2019, Integrum was contacted by a large, London based TV broadcasting company. The broadcasting company had a severe and costly issue of pest birds dropping stones on the glass atrium, causing the panes of glass to break and shatter. This issue was severe enough to cause the client to spend over £250,000 craning in new sections of extra-tough glass.

The broadcaster had all but given up on bird control methods supplied through a different London based pest control company. When they heard about BirdAlert, it brought a fresh lease of life to the staff, and they quickly arranged a trial of the product. Integrum opted to place a single unit close to the worst affected area. Furthermore, the settings where precisely adjusted to deter gulls and rooks, and for the input options, Integrum used the popular speakers and an inflatable scarecrow.

The trial period lasted a total of six weeks, and due to the remote capabilities of the product, Integrum were able to check continuously and make adjustments to maintain the area free from pest birds. After six weeks with regular reports sent to the client and no further issues with broken glass, the client was thoroughly impressed with the efficiency of the BirdAlert units.

The broadcasting company was so impressed with the results; they decided to launch two more units permanently on the site. Furthermore, they have also ordered BirdAlert units for other locations around England and Wales.

Additional information is available on the the company’s website. 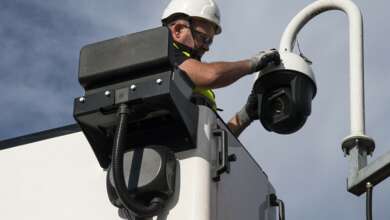 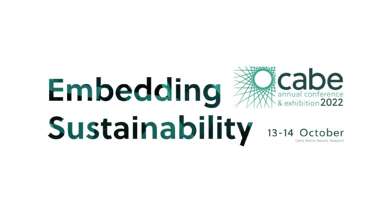