Today, the owners of a growing number of non-standard building designs like museums, arenas, stadiums and structures with atria or large open spaces are turning to performance-based design for substantial cost savings and enhanced safety while maintaining architectural concerns.

As an International Code Council (ICC) accepted alternative, performance-based design allows “alternate materials and methods” that offer equivalent or superior fire safety performance.  In terms of enhancing fire safety, this often involves using scientific calculations and engineering approaches as well as computer fire modeling to determine how a building would respond to fire.  With this approach, a design is considered acceptable if the fire engineering analysis demonstrates that it meets the measurable performance criteria set at the start of the process.

Chief among the challenges of protecting theaters, sports arenas, shopping malls and airport terminals, as well as many structures with entrance lobbies or atria, are massive open spaces where rapid smoke detection has proven to be difficult but is of critical importance.  Detection is further complicated when air can become stratified, caught in voids, or is moved or removed by HVAC systems.  Such structures are good candidates for performance-based design, specifically using early smoke detection due to the risk of a delayed response that can allow a fire to grow and spread.

For high-risk building conditions, such as large-volume spaces where many occupants may be exposed to the effects of fire, the International Building Code (IBC) calls for smoke control.  In case of a fire, such a system will control smoke flow within a building, keep it from spreading to unwanted areas, and provide occupants a clear evacuation route.

Typically, for these large-volume spaces, mechanical smoke control or natural venting is used to maintain a smoke-free area as they exit from the building. Building owners and architects often want to limit the complexity and cost of these fans and systems, which can become quite demanding when based on prescriptive approaches.

Consequently, for a growing range of challenging projects, industry professionals are turning to performance-based smoke detection to not only reduce cost but also increase safety.  For open spaces and special architectural features such as atria (large open air or skylight covered space surrounded by a building that are often several stories high), advanced aspirating smoke detector technology that draws in air and tests it at a central unit can cut cost and detect smoke at the earliest possible stage from flexibly placed, concealable sampling points.

In terms of popular architectural features, Stacy notes that atria have become a key aspect of many buildings because they provide a feeling of space and light.  He points out, though, that achieving sufficient smoke and fire control is vital to modern design approaches because poorly designed atria, smoke control and methods of detection could allow fire to quickly spread to a building’s upper stories.

“Atria can be really large volume spaces that provide a reservoir for smoke to accumulate.  Walkable areas can also be close to the ceiling where the smoke develops quickly and occupants can be located.  Smoke control systems are required at specific occupancies now to maintain a smoke layer long enough for people to safely egress,” says Stacy.

According to Stacy, on projects ranging from arenas to atria it is usually necessary to determine the requirements and capacities of a smoke control system.  In such cases, he says that he often uses an aspirating smoke detector called VESDA-E VEA, manufactured by Honeywell, a global provider of early detection of fire and gas threats.

In smoke detection, advanced technologies such as the VEA provide early warning by aspirating – or drawing in air – from each room or area through small, flexible tubing. The air is then analyzed to identify the presence of minute smoke particles in a continuous process, using up to 40 small, unobtrusive sample points.  The sophisticated laser-based technology at the central unit (within 300 feet) can identify the point that is sampling smoke in the multi-channel, addressable system.

“Even in a relatively small open space, you would need an extraordinary amount of exhaust to maintain a smoke layer high enough for people to be safe.  Instead, if we provide early detection, we can get people out of the space before untenable conditions occur,” says Stacy, before adding that the early smoke detection capabilities of aspirating systems invariably reduce the cost and complexity of mechanical smoke control systems.

“Providing early smoke detection with an aspirating system can reduce the required exhaust capacities in open spaces like an atrium.  It can also mean less mechanical components such as operable doors or louvers that need to open, which simplifies design and cost,” he says.

According to Stacy, he deploys aspirating smoke detection technology on a wide range of performance-based design goals.

“Whether the goal of the performance-based design is to maintain tenability through a smoke control system, or to look at upper layer gas temperature to see if we could reduce other features of fire protection, in about 50% of projects, we at least entertain the option of adding aspirating smoke detection technology like the VEA,” says Stacy.

As an example, in a recent project, Stacy says that the performance-based approach along with the VEA improved safety while reducing costs, compared to traditional methods.

When a large art museum on the West Coast required smoke detection throughout the building, the owner also wanted to provide a very quick response to better protect both lives and the exhibits, according to Stacy.

He notes that the concern was that the structure contained numerous beam pockets (openings to receive beams in each vertical structural member).  Per NFPA 72, a traditional spot-type detector is required within each beam pocket, which would dramatically increase cost and complexity.

“As an alternative, we did modeling to show that if we utilized aspirating smoke detection in every other beam pocket, it could actually perform better than with traditional spot type smoke detection within every pocket.  In regards to performance-based design with open spaces and special architectural features, there is ample opportunity to look at streamlined and often superior protection schemes to meet the needs of the client,” concludes Stacy. 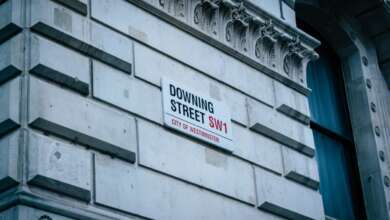