A City of London firm which prevented food waste by delivering 80,000 meals to families in need during the Covid-19 pandemic has been selected for one of the UK’s top environmental awards.

Global investment management giant Barings was recognised in the Clean City Awards which are organised by the City of London Corporation to celebrate organisations that are leading on sustainability.

The City of London Corporation is the governing body ofLondon’s financial district (which is also commonly referred to as the “Square Mile”). The organisation is dedicated to maintaining the City as a diverse and globally successful financial centre at the heart of Britain’s economy.Also praised for cutting carbon emissions, reducing single-use plastic and improving air quality were business, shopping and leisure neighbourhood, Broadgate, and law firms Eversheds Sutherland and Charles Russell Speechlys.

The gongs were handed out by City of London Alderman Sir Andrew Parmley in a ceremony at The Mansion House on Wednesday 30th March.

Chairman of the City of London Corporation’s Port Heath and Environmental Services Committee, Keith Bottomley, comments: “It’s heartening to see that the turbulence of the pandemic did not shake our focus on tackling the biggest challenging facing all of us – climate change.

“The award winners deserve much praise for finding innovative and creative ways to cut emissions, reduce waste and improve air quality, during what has been an extraordinarily difficult time for all businesses.

“Their efforts, and those of all the companies shortlisted, demonstrate that as businesses big and small and as individuals, we all have our part to play in protecting the environment.”

Barings won the Resource and Circular Economy award, recognising firms for recycling, re-using and reducing waste; and the Chairman’s Cup for large sites, for efforts to deliver a resilient post-Covid recovery. It delivered 80,000 meals to children, families and homeless people during the pandemic, using food that would otherwise have gone to waste, and has cut food waste by measures including baking its own bread and growing fruit and herbs.

Barings’ Head of Corporate Services EMEA Mark Williams, says: “We strive to act responsibly today in order to help deliver a sustainable tomorrow. We are deliberate in our direction, partnerships and decision-making to achieve long-term, lasting change. Barings has committed to achieving Net Zero in our operations by 2030.

“Whilst this is an ongoing effort, winning these awards is a great honour which recognises our hard work over the last four years and gives us confidence that we’re moving in the right direction. We hope it will encourage others to keep striving to make a difference and highlight the positive impact we in the City can make within the communities in which we live and work.”

Broadgate claimed the prize in the Air Quality and Climate Action category and the Chairman’s Cup for facilities management. It was praised for going ‘fossil fuel-free’ in its cleaning and landscaping operations and for sourcing all its gas and electricity from renewable sources. The company’s Estate Director, Neil Carter, says: “Broadgate is a long-standing supporter of the Clean City Awards, and the team are delighted to have been selected as a winner this year. The awards are the perfect opportunity to publicly demonstrate our commitment to sustainable working practices and public realm excellence.”

The awards were also an opportunity to recognise the hard work of street sweepers and operatives who collect waste, recycling and keep the City streets clean throughout the year.

The City Corporation’s Climate Action Strategy commits it to achieving net zero carbon for its own operations by 2027 and across its investments and supply chain by 2040; and to support the achievement of net zero for the Square Mile by 2040.

The Square Mile’s governing body also protects 11,000 acres of green space in and around London including Hampstead Heath and Epping Forest, which remove an estimated 16,000 tonnes of CO2 from the atmosphere every year, equivalent to 44% of its annual carbon footprint.

The global investment management firm, based in Old Bailey, delivered 80,000 meals to children, families and homeless people badly affected by the pandemic – using food that would otherwise have gone to waste – and provided breakfast and after-school club catering for children from low income families.

Barings’ restaurant now bakes its own bread on site, uses lemons and limes from its own trees and honey from four beehives on the roof. Staff can join the ‘Bee Club’ and learn about the bees and biodiversity. The firm has eradicated bin liners, saving 100,000 a year from going to landfill. It has also created a procurement guide and provides its own reusable containers to prevent waste from coming into the building

The City business, shopping and leisure neighbourhood near Liverpool Street Station slashed its carbon emissions in half in five years and now sources all electricity and gas from renewable sources. It is also believed to be one of the first such neighbourhoods to go ‘fossil fuel-free’ for cleaning and landscaping operations, by replacing petrol or diesel mowers, leaf blowers and jet washers with battery-powered alternatives.

Broadgate was praised for measures including restructuring its waste team to boost efficiency and recycling rates and introducing reusable water bottles for staff and new bins to segregate waste at source.

The Cheapside-based global law firm has saved 400g of plastic a week by unsubscribing from mail containing plastic wrapping and has eradicated plastic water bottles. Meanwhile, it supports a scheme where used pens are taken to local schools and universities, who trade them in for points to buy educational material.

Eversheds’ Sutherland Sustainability Manager Fiona Burlow, says: “We are thrilled to have received this award. The firm has continually showed progression and dedication to reducing and eliminating the use of plastics on site. The London team has worked exceptionally hard, thinking of innovative ways to educate, engage and empower colleagues. The award is an excellent way to demonstrate that we have continued our commitment to a cleaner city despite the challenges of the last two years.”

Staff from the Fleet Place-based international law firm backed its Plant a Tree scheme, which resulted in 165 trees being planted last year, capable of absorbing almost 3,500kg of CO2 a year by the time they reach maturity.

Senior Facilities Manager at Charles Russell Speechlys Neil Samson says: “We’re delighted to win the Communication and Engagement award. Last year was a year where we had to think about environment and sustainability in an entirely different way. It’s great to be recognised for our efforts, and this award shines a light on all the hard work and dedication the entire CRS team has demonstrated to support the entire firm achieve its ambitious growth as an international city law firm.”

Judges were impressed with the importance Helix placed on managing their waste responsibly and taking pride in the street scenes outside their property. The firm used anti-littering messaging to help encourage building staff to keep the area clean while staff routinely sweep outside their property to help maintain standards.

Larry, who has been sweeping in the City for five years and works in the St Paul’s and New Change area, was described as ‘one of the friendliest people you could wish to meet’. Wainsworth, a newer arrival on the City streets who works at the Royal Exchange, was praised for being ‘a model employee’.

In a 16-year career in the City, Gary has worked on waste collection and street cleansing teams across the Square Mile, and currently helps to keep Smithfield Market clean. He is described as a ‘versatile, reliable, hard-working and smiley’ team member. Bozhidar has worked for four years in the City and can currently be found working on flushing the streets clean, part of a team put together  to provide additional cleansing during the pandemic. 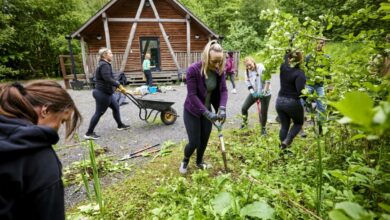 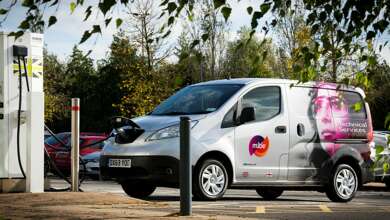