Jack O’Toole, co-founder and president of FreshAir Sensor, discusses a research finding that estimates the cost of unauthorized smoking for American hoteliers at US $5.4 billion annually.

Tobacco and marijuana have been smoked in non-smoking hotel guest rooms for as long as non-smoking rooms have existed. The task of calculating the costs associated with unauthorized smoking in guest rooms is so challenging that most hoteliers have viewed smoking as a problem without a solution. Now, exhaustive primary and secondary research provides methodically sourced data detailing both obvious short term and hidden long term costs of unauthorized smoking.

To get a handle on all the true costs associated with smoking, FreshAir Sensor conducted a survey of more than 8,000 US-based hotels in all segments of the market, from economy through luxury. Data compiled from these surveys was combined with proprietary data from FreshAir’s database of smoking across the chain scale of more than 20 million room nights.

The studies provided information on how hoteliers think about the frequency and severity of unauthorized smoking in their guest rooms, defined the processes hotels undertake to mitigate smoking and recover guest rooms, and factored in the costs associated with these processes across the hotel’s operations to calculate the true cost of smoking in hotel rooms.

In addition to the surveys, FreshAir combed through thousands of pages of public industry sources to capture verifiable data to help measure the long-term costs of unauthorized smoking. The study is the first of its kind to calculate each item methodically and systematically, so hoteliers can finally have reliable data on heretofore unquantifiable long-term costs.

The key factors detailed include:

Smoking leads to an accelerated depreciation schedule for soft and even hard goods in rooms, and otherwise increases the amount of inventory kept on hand. Repeated smoking can lead to lingering odors that require the replacement of expensive items, including mattresses and carpet. Smoking also occasionally causes material loss from fire, those losses accounts for nearly US $13 million in damages to hotels each year.

Extra time and materials needed to turn over a smoked in room adds up and delays housekeeping staff.

Bad reviews and lower NPS are the most significant cost from smoking due to the negative effect on hotels’ future business. Smell/odor remains the third most cited complaint in the check-in process, which is the most important driver of NPS for hotels.

Time spent finding rooms that are being smoked in, dealing with guests bothered by smoking, chasing down fees, and fighting chargebacks reduce productivity. Additionally , exposure to both secondhand smoke (SHS) and third hand smoke (THS) can lead to time out of work and directly lead to more expensive healthcare premiums for the industry.

Table 1 summarizes the research study findings, indicating the costs of damage to property, cleaning costs, and revenue considerations, as well as loss of business due to review/reputation issues. Information is provided for all sectors, including economy, midscale, upper midscale, upscale, upper upscale, and luxury. The study shows that the true total cost of one smoking incident ranges from over US $600 at a midscale property, to about US $1000 at upper midscale and upper upscale properties, with an average of over US $1,100 per incident in US hotels. The calculations are based on an estimate of 5,310,981 hotel rooms in the US in 2015, which comes from the Business Travel News press release, US Hotel Supply Breaks 5-Million Rooms Mark, August 15, 2015.

Table 2 provides an overview of the sources used to make the calculations.

Unauthorized smoking is expensive for hotels but until recently it was not possible to fully quantify the costs. Hoteliers could document the short-term impacts of expensive cleaning procedures and lost room revenue but could not quantify the real culprits – long term hidden costs of damaged goods and smoking-related loss of customer satisfaction. Poor reviews from guests associated with perceived cleanliness and lingering smoke smell affect hotel reputation, while damage to soft goods and expensive cleaning processes take an immediate financial toll.

The new research on hidden costs of smoking provides a wakeup call for hoteliers to begin preventing unauthorized smoking before it becomes a larger problem. By taking actionable steps to prevent smoking, hotels can make major strides in increasing room revenues.

One such step is the use of FreshAir Sensor’s smoking detection system, which has been proven to reduce smoking rates by an average of 50 percent and provide scientific proof of smoking to allow for hotels to charge their cleaning fees. The system prevents smoking and wins chargebacks when guests are dishonest about their behavior and ultimately ends up improving guest satisfaction and intent to return.

For example, the director of facilities for a casino in Detroit, MI remarked that their market metric scores have gone up because their complaints have gone down. He adds, “It was not easy to collect smoking penalties. We would collect deposits from guests at check in, but half the time we lost the chargeback. We have had zero problems the credit card companies, since we installed FreshAir in our rooms. FreshAir saves us time and makes us money.”

Across the industry, 10.13 per cent of non-smoking rooms are smoked in each month.

The cost of smoking-related damage (replacement and accelerated depreciation of both soft and hard goods) in a guest room is 2.6X as much as is collected in cleaning and damage related fees.

37 per cent responded that having proof of smoking to collect cleaning fees was their biggest smoking related issue.

35 per cent of hoteliers responded that they take a room out of order (OOO) after it has been smoked in.

Hoteliers report that 32 per cent of smoking fees end up in a lost chargeback.

Smoking causes an average of US $13 million of fire related damage to hotels each year. 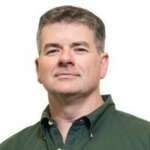 Jack O'Toole is the president and co-founder of FreshAir Sensor Corporation. He was a founding member of MARSOC and played a significant role in the development of the organization. He was later COO of a 2,500 person organization conducting complex tasks in austere environments. O'Toole leverages his decades of management experience to lead cross functional teams in the commercialization of technology. 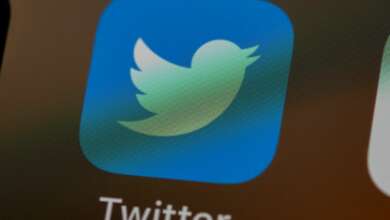 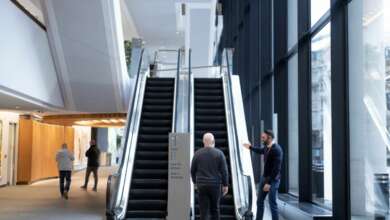 How Security is Changing in the Real Estate Sector 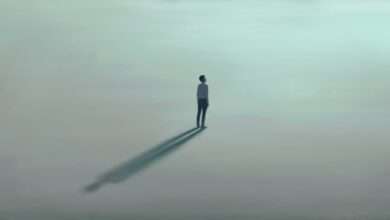 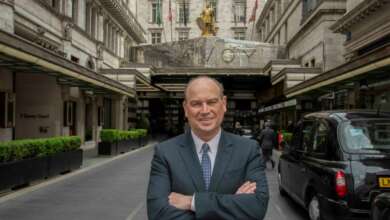