Iain Cox, Chair of the Business Sprinkler Alliance, comments on the response of fire crews in West London to a devastating industrial fire last month on the very same road that destroyed a similar business on the same road in Park Royal in London two years earlier.

The major blaze at the Al Bahij bakery on Minerva Road on May 7th required 100 firefighters and 20 appliances to bring under control. Half the warehouse was destroyed in the blaze. For the bakery business, this will cause loss of earnings along with business disruption, as the warehouse will have to be rebuilt. A temporary site will need to be located and staff will need to be redeployed.

On July 23rd 2020, the Rayan Bakery on Minerva Street was completely destroyed. At its height, 80 firefighters and 15 appliances from the London Fire and Rescue Service were tackling the blaze which caused local evacuations and road closures. The business had to relocate to other premises and their site on Minerva Road remains a concrete slab and awaiting a rebuild nearly two years after the fire.

In what is a heavily congested business area, both fires required huge resources in order to contain them and prevent the fires from spreading to adjacent businesses. It remains to be seen when the Al Bhaji will return to the site, considering the bakery business that suffered the fire two years has still not had it’s factory rebuilt.

Under current building regulations guidance, the businesses that suffered the devastating fires were not subject to any guidance for sprinklers. People are sometimes confused by this as they see the consequences of the fire and the claims of meeting current regulations and wonder how this can be. The fire service faced fire situations in these cases where they could only act to contain the fire. Surely, buildings that are completely damaged in a fire have fire loads within them that require forms of active fire protection such as sprinklers to limit a potential fire?

The sad fact is that they do not. Some may think that the food industry has limited combustible load and therefore fires are limited. This is not supported by the spate of food industry fires that are observed in the UK and across Europe. The large fire at the Speedibake bakery at the beginning of 2020 was an even larger event than those mentioned above, destroying a large part of the bakery. The bakery is no longer operating and 160 jobs were lost.

Acting quickly to quell the spread of fire when it is first detected aids fire safety, limits damage and minimises impacts. Sprinklers have been shown to be effective to contain, control or extinguish fires in 99% of cases when caused to operate1.

Having sprinklers fitted would have protected these bakery businesses in the long run. They safeguard against potentially disastrous losses and also aid life safety. By preventing large fires, sprinklers also protect the environment by avoiding CO2 emissions, reducing excess water use by the fire brigade and eliminating water supply contamination. Above all, they maintain business continuity. In the event of a fire, many businesses with sprinkler systems find they are back up and running in a matter of hours.

1Efficiency and Effectiveness of Sprinkler Systems in the United Kingdom: An Analysis from Fire Service Data – Optimal Economics May 2017 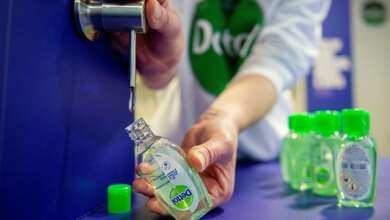 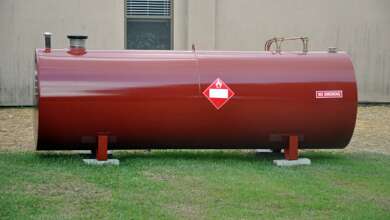 What FMs Need to Know About EV Charging at Client Locations