The process can be particularly challenging in voluminous spaces such as large atriums and foyers, as well as conference rooms, convention centers and major event venues where special lifts are required to reach detectors.

“With high ceiling structures, smoke begins to stratify at about the 30-foot level when cooling smoke meets a heat level barrier that deters its continued rise. Code requires smoke modeling to ensure that sufficient detection can occur above 30 feet,” says Ryan Sandler, Director – Industry Affairs, Training & Support, ADT Commercial, a full-service provider of security and fire solutions that can be tailored to fit the specific needs of the hospitality industry including multi-story hotels, resorts and casinos.

In response, the hospitality industry is increasingly turning to active aspirating smoke detection for high ceiling applications, in which air is drawn in through flexible tubing and tested at a central unit. The technology is fast and reliable and can detect even smoldering, hard-to-detect fires in the earliest stages, which enhances safety.

Aspirating technology also dramatically simplifies smoke detector inspection and maintenance because many procedures can be accomplished at a central unit on the ground from one central location.

When a large resort was upgrading its fire alarm and mass notification system, the objective was to improve safety while easing inspection and maintenance.

Streamlining inspection and maintenance was the primary aim in the resort’s grand atrium lobby, which features a 45-foot sloped ceiling and 12 spot smoke detectors, which were difficult to access for inspection or maintenance.

“The grand atrium lobby has cross-beams and structures in the way, so special articulating lift on tracks were required to allow movement up, over and around obstructions,” says Bill Van Loan, President of Critical Systems, LLC, a Marietta, Ga.-based full-service fire alarm life safety and building security company owned by ADT Commercial.

In addition, to prevent damaging the pre-cast concrete panel flooring, the design of the lift had to evenly spread the vehicle’s weight over the flooring. Only a “spider” lift met the criteria because it can distribute its weight on six points to remain well under the maximum 4,000 lbs. load for the floor. The drawback: the lift costs approximately US $10,000 a week to rent.

Due to these challenges, ADT Commercial selected an aspirating smoke detector called VESDA-E VEA, manufactured by Honeywell, a global provider of early detection of fire and gas threats. The device draws in air samples from each area or room through small, flexible tubing. The air is then analyzed to identify the presence of minute smoke particles in a continuous process.

The technology was first introduced in the early 1980s as the VESDA system.  The VEA model is now offered, which consists of small, unobtrusive sample points. The air is analyzed using sophisticated laser-based technology at the central unit located within 300 feet.

As a multi-channel, addressable system, the central detection unit can identify the sampling point that is detecting smoke and supports up to 40 sample points.

“Aspirating technology allows maintenance and annual testing to occur at a central unit like the VEA with two smoke chambers on the ground – eliminating the need for special equipment and extra effort,” says Van Loan.

He adds that the system is self-cleaning and able to automatically detect and eliminate clogs in the tubes or ports caused by dust or debris.

“The really nice thing about the VEA is that it is self-cleaning. It calibrates and looks for an equal intake on all the sampling ports and determines if there is a difference like a clog in a sampling port or tube. If it detects a clog, it performs automatic self-cleaning maintenance,” says Van Loan. Essentially, the pump draws any dust or debris from the sampling points back through the unit’s filtration system to perform cleaning.

While the aspirating technology can be customized to achieve code-compliant coverage in a wide range of high ceiling open space settings, it is flexible enough to adapt to remodels to increase occupancy in a hotel room, floor or tower by providing earlier smoke detection.

“With aspirating technology, early smoke detection allows hospitality managers to put more occupants in a given indoor space. In the event of a fire, its earlier notification capabilities allow guests to exit the building faster, which is what performance-based fire protection designs using the VEA is all about,” says Van Loan.

According to Van Loan, when the resort considered remodeling the grand atrium lobby to enlarge it for guests, the VEA already accommodated the increased occupancy load by default as long as the open space above remained unchanged.

Aesthetically, for hotels and resorts such aspirating systems air sampling points are typically smaller and less visible than larger spot detectors. The quarter-sized sampling points are unobtrusive and can blend in with its surroundings or be concealed entirely.

Given that large resorts often include water features such as indoor pools, Jacuzzis, and even waterparks, the aspirating smoke detecting system’s design can also minimize disruptive false alarms that are prone to occur when conventional equipment is used in moisture laden areas.

“Aspirated systems like VESDA can remove water condensation in the sampled air and reduce the humidity level before it is tested to eliminate nuisance alarms,” he explains. “As the air sample is transported through the pipe network, water traps can be incorporated to pull the water out of the air before it reaches the sensing or detection unit.”

He adds that when enhanced environmental detection is warranted to protect health and indoor air quality, another modular unit, called VESDA Sensepoint XCL by Honeywell, can be added to detect a variety of odorless gasses, which could nevertheless pose significant safety and liability hazards, such as chlorine, chloride, ammonia, carbon dioxide and carbon monoxide.

Aspirating technology can help the hospitality industry simplify the inspection and maintenance of smoke detectors while bolstering safety. Doing so will help to facilitate a more secure, relaxed environment with less intrusive, less labor-and-equipment-intensive inspection, testing and maintenance – which can boost the bottom line.

Del Williams is a technical writer based in Torrance, California. 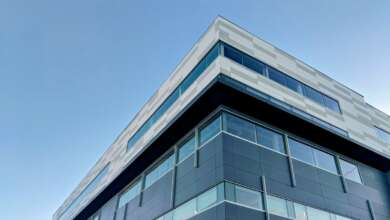 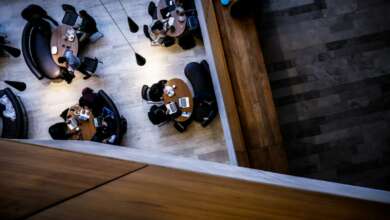 What Can FM Learn from F1?