Iain Cox, Chair of the Business Sprinkler Alliance (BSA), questions recent press reports of planning permission being granted for a manufacturer to rebuild premises destroyed by a fire.

An unsprinklered manufacturing facility in Kidderminster destroyed by a major fire in 2021 will now be rebuilt, or so the newspapers report. One could think that this is a positive sign of renewal and rebuilding. The successful application comes close to 12 months after the fire. However, it only covers 15 per cent of the building lost in the fire, with the remaining parts of the building complex that was also damaged having had no planning application to date.

The blaze in Park Street on September 8th 2021 broke out in part of a property owned by Betts Metals and spread to other businesses on the estate. At its height, 100 firefighters and 20 appliances from Hereford and Worcester Fire and Rescue Service tackled the blaze, which caused the evacuation of more than a dozen schools and road closures. The fire spread to adjacent units. The area that has had its planning application approved is from the adjacent units, the remaining 85% of the building have not had a planning application submitted, despite it approaching 12 months after the fire.

Following a fire event people assume that rebuilding efforts are quick. History shows that this is not the case. In a business context rebuild times alone are often in the region of 12 to 18 months depending on the scale of the building. This is after discussion of the future of the business, drawing up of plans, submitting and receiving planning approval. All the while a business impacted by a fire will have to seek alternative space, machinery, and supplies to continue.

Similarly, many assume that buildings like these need fire protection like sprinklers. Under current building regulations guidance, the businesses that suffered the devastating fires were not subject to any guidance for sprinklers. People are sometimes confused by this, as they see the consequences of the fire and the claims of meeting current regulations and wonder how this can be. The fire service faced fire situations in these cases where they could only act to contain the fire. Surely buildings that are this completely damaged in a fire have fire loads within them that require forms of active fire protection, such as sprinklers, to limit a potential fire?

Acting quickly to quell the spread of fire when it is first detected aids fire safety, limits damage and minimises impacts. Sprinklers have been shown to be effective to contain, control or extinguish fires in 99% of cases when caused to operate1.

Fires such as the one that occurred at this location occur on a regular basis and remain one of the leading causes of property loss. If the businesses come back, rebuild times of over 12 months are not uncommon and utilising temporary space is often hampered by similar delays for the delivery of new machinery. The inclusion of a sprinkler system can prevent major financial and equipment losses and help businesses to be resilient to fire incidents because they control or extinguish a blaze before the fire and rescue service arrive. The impacted business can be operational within hours, avoiding the economic and social costs.

1Efficiency and Effectiveness of Sprinkler Systems in the United Kingdom: An Analysis from Fire Service Data – Optimal Economics May 2017 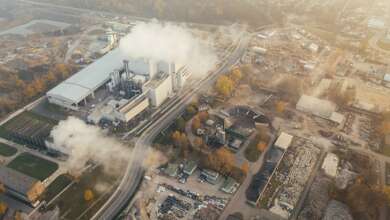 Why Now’s the Time for Meaningful Action on Global Emissions 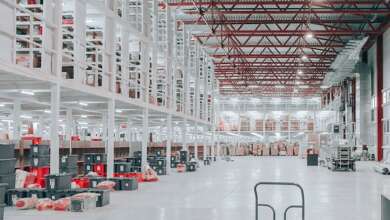 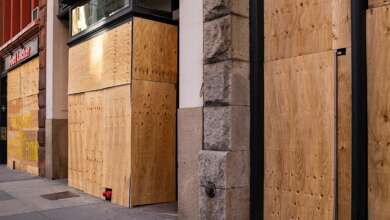 Energy Crisis: Why Now’s the Time for UK Businesses to Act