The devices are initially being used in bathrooms and other confined spaces although the trust’s facilities team anticipates they will be used in other parts of the hospital in due course.

“We were looking for something more mobile and compact to complement our other UV equipment which is relatively large and bulky,” says Kevin Banks, Facilities Officer, Soft FM, at Walsall Healthcare NHS Trust. “When we first saw the device, it looked like it would be ideal for bathrooms and other confined areas. Our evaluation and training showed they did as we expected. They are very easy to manoeuvre.”

Moonbeam3 Disinfection Technology delivers powerful UV-C light to provide fast broad area disinfection of high-touch surfaces. It is effective against hard-to-kill pathogens such as C-difficile, VRE, CPE, and norovirus in as little as three minutes when used in conjunction with normal daily cleaning and disinfection processes. The UV-C light produced by the device penetrates and deactivates the DNA in the cells of pathogens, destroying their ability to reproduce and multiply, but more importantly from causing infections.

The devices are designed to be used after a room or area has been disinfected with conventional liquid products. The UV-C emitted by the device can destroy pathogens that might have been missed inadvertently during normal disinfection and also treats hard-to-reach surfaces. In this way, Moonbeam3 provides an additional layer of protection that can help to reduce infections and reassure patients and staff that the facilities are free from pathogens.

At Walsall the devices are currently used mainly to treat smaller areas such as washrooms and bathrooms. However, the infection prevention team can request the facilities team to use them in other areas. For example, the team has already tested the devices in patient rooms to disinfect beds.

The devices are compact, lightweight, and fold up when not in use. This makes them very easy to move around. A key advantage of Moonbeam3 over similar technologies is the easy manipulation and positioning of the three articulated arms that contain the UV-C sources. This allows the light to be aimed accurately and ensures the maximum amount of UV-C will hit the target for the most effective disinfection.

“The arms are quite movable so in a bathroom it’s easy to direct them the top of a sink and underneath,” says Kevin Banks. “We can use the two devices together to disinfect a bed space together. One device is aimed at the top and the other underneath. That would a big help to us as well.”

The Moonbeam3 device is wheeled into position and the three independent articulating arms placed in suitable positions close to the target surfaces. Everyone leaves the room and the control unit, which incorporates motion control detectors, is placed outside the door. The device is activated by the touch of a button. In most cases it is programmed to activate for a three-minute cycle. The device immediately shuts down automatically if it detects someone entering the room while it is running so there is no risk of accidental exposure to the UV-C.

“It only takes a couple of minutes to treat a room,” says Kevin Banks. “You take the cover off, leave the room, and activate the device. It takes no time, not even five minutes.”

Gary Bradburne, Diversey’s UK & Ireland Technical Expert for Infection Prevention, visited Walsall Manor Hospital to show a group of supervisors how to use the equipment. In addition to using the devices themselves the supervisors can train their colleagues.

“The training was easy to arrange and Gary was very informative on how it worked,” says Kevin Banks. “The supervisors had a few questions which Gary was able to answer. When they asked him some awkward questions, he answered so they understood very well.

“We have had good feedback from the users. I expect the team to want to use them more in the future.” 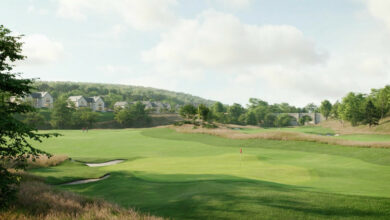